The Oregonian reports (LINK) that Intel is planning to break ground on a major 7nm manufacturing expansion at D1X fab. The new fab space would reportedly be the same size as the first two phases of the plant, at 1.1 million square feet. Intel has instructed its contractors to expect an 18-month contract cycle, followed by several months of additional equipment installation.
If accurate, this suggests a fairly significant capacity build-out. Given the timelines under discussion and the bring-up time associated with firing up a new fab, a mid-2019 announcement with a 24-30 month timeline from breaking ground to full production would put EUV rolling out at Intel by mid-2021 or early 2022. Just remember that Intel doesn’t necessarily need to launch EUV from D1X, which means we could see an earlier introduction if the technology tips up from a different fab first. 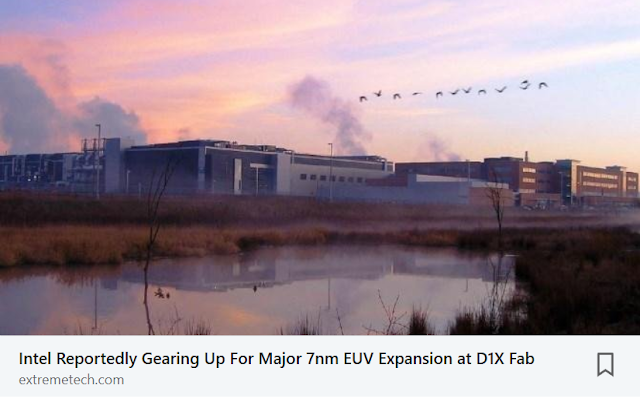 Posted by Jonas Sundqvist at 9:46 PM