[ASM International, LINK] ASM International N.V. (Euronext Amsterdam: ASM) has received a supplier excellence award as one of five equipment suppliers from TSMC for the performance and support of ASM's CVD equipment and technology during 2018. The award was presented to ASM by Dr. C.C. Wei, TSMC's Chief Executive Officer, at the TSMC Supply Chain Management Forum on December 6, 2018 in Taiwan.

The award was received by ASM in recognition of its CVD technology and performance in production at TSMC fabs. During the presentation, TSMC explained three points that contributed to the award to ASM.

"We are very honored to receive this prestigious award from TSMC. On behalf of ASM, I would like to thank TSMC for this recognition," said Chuck del Prado, CEO and President of ASM International. "ASM strives to continuously advance our technology solutions and our partnership with TSMC is of strategic importance to ASM. We are very pleased that TSMC has benefited from the performance of our ALD and Epitaxy deposition tools in its production fabs."

TSMC is the world's largest semiconductor manufacturing foundry. TSMC holds the Supply Chain Management Forum annually to show appreciation for the support and contributions of their suppliers and to recognize outstanding equipment and materials suppliers. 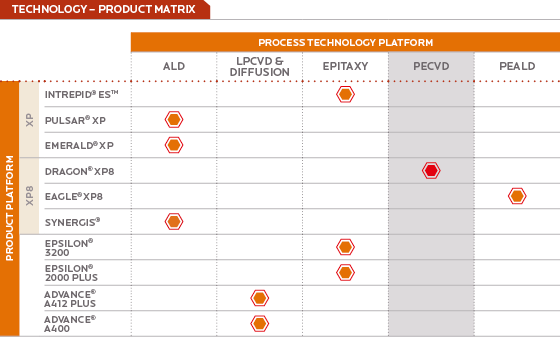 Posted by Jonas Sundqvist at 7:20 AM