Atomic Layer Deposition (ALD) is used to deposit ultraconformal thin films with sub-nm film thickness control. The method is unique in the sense that it employs sequential self-limiting surface reactions for growth in the monolayer thickness regime. Today, ALD is a key technology in leading semiconductor technology and the field of application in other leading-edge industries is increasing rapidly. According to market estimates the equipment market alone is currently at an annual revenue of US$ 1.5-1.7 billion (2017) and it is expected to double in the next 4-5 years.

In a European context ALD was invented independently twice in Europe (Russia & Finland) and since the last 15 years Germany has grown to become one of the strongest European markets for ALD in R&D, chemicals, equipment and end users.

The Event will focus on the current markets for ALD and addresses the applications in semiconductor industry, MEMS & Sensors, Battery Technology, Medical, Display, Lightning, Barriers and Photovoltaics.
Location: Fraunhofer-Forum Berlin 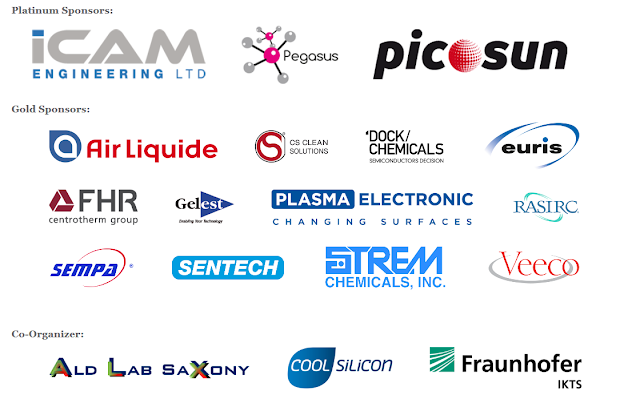 Posted by Jonas Sundqvist at 12:28 AM