[Venture Beat] Manassas, Virginia is best known as the site of the Battle of Bull Run in the American Civil War. And now it's home to an expanding chip factory, as Micron Technology announced today it is investing $3 billion by 2030 to make memory chips. 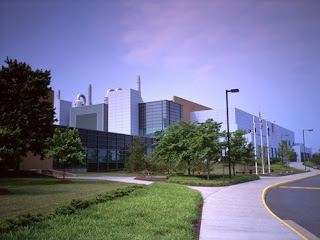 Picture credit Micron.com
Boise, Idaho-based Micron makes dynamic random access memory (DRAM), the chips that provide the memory for applications in personal computers and many other devices. It will also make NAND flash memory chips for long-term storage in a wide variety of devices.

The investment breaks down to about $250 million per year over 12 years, and it will create about 1,100 new jobs. That’s not a huge amount, but it does represent a commitment to keeping manufacturing and high-wage jobs in the U.S. at a time when the rest of the world is increasingly competitive at making chips, or the basic building blocks of electronic devices.
Source: Venture Beat [LINK]
Posted by Jonas Sundqvist at 9:44 PM