Today was the ASM International NV (OTCQX:ASMIY) Q4 2017 Earnings Conference Call for analysts. The call has been transcripeted by Seeking Alpha (LINK). All in all 2017 was a good year for ALD single wafer market and showed recovery from 2016.  Here is some important take aways from Peter van Bommel - CFO, during teh call: 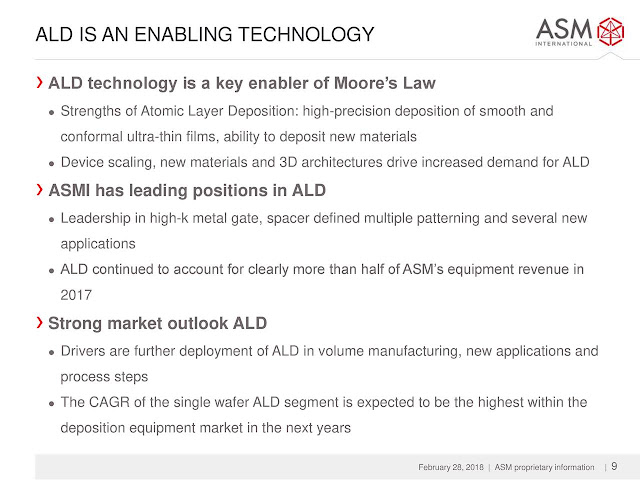 
Looking ahead the addressable market for single wafer ALD will grow according to Peter van Bommel since the advanced node share  (14, 10 and 7 nm) will grow to roughly 50% in revenue by 2020-2021 of the total wafer fab equipment spending, when ASM expect the single wafer ALD market to reach  USD 1.5 billion annual revenue (see graph below, Gartner Dec 2017). 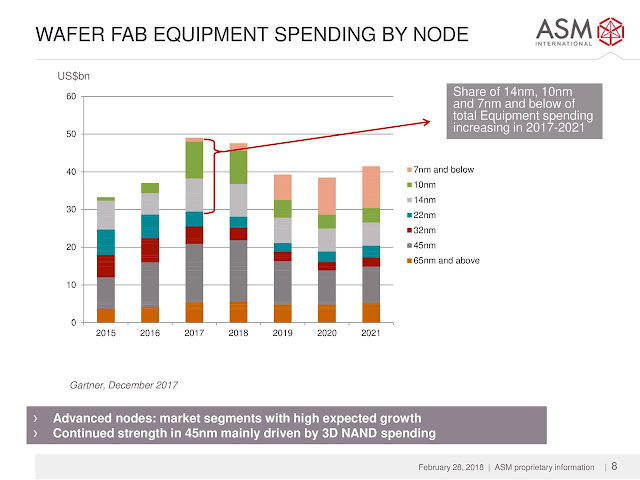 Not touched upon too much was the Large Batch furnace segment which is dominated by the competitors Tokyo Electron and Hitachi Kokusai. This segment is however much smaller than the single wafer ALD segement, maybe 70:30 ratio or so. The patent disagreement with the Hitachi Kokusai was briefly mentioned but nothing substantial was said since it is an ongoing issue (LINK).

Posted by Jonas Sundqvist at 1:27 PM