October 29, 2019, 12.15 p.m. CET (LINK) ASM International N.V. (Euronext Amsterdam: ASM) today announces that it has entered into a settlement agreement with Kokusai Electric Corporation (formerly known as Hitachi Kokusai Electric Inc. and hereinafter referred to as “KEC”) to resolve the arbitration proceeding relating to the license agreement which expired in November 2017. As part of this settlement, KEC will pay ASM an amount of US$61 million. With this settlement all pending disputes between ASM and KEC with respect to patent licenses have been resolved.

As announced on February 23, 2018, ASM initiated an arbitration proceeding on August 30, 2017 with the American Arbitration Association against KEC for breach of the license agreement between the companies. This license agreement provided KEC and its affiliates a license under certain patents of ASM in the field of Batch ALD. The companies have now entered into a settlement agreement concerning all the matters of the arbitration.

This arbitration settlement is separate from the settlement of all patent lawsuits and invalidation proceedings between ASM and KEC that was announced on July 1, 2019.

The settlement of the arbitration will positively impact ASMI’s sales and bookings in Q4 2019 with an amount of US$61 million, or approximately €56 million.
Background: 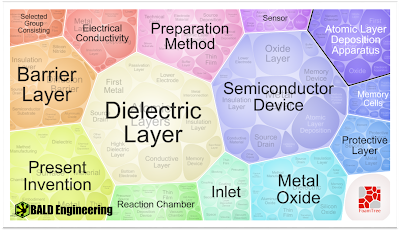 Posted by Jonas Sundqvist at 12:49 AM