[EE Times] TSMC announced that it is in volume production with a 7-nm process and will have a version using extreme ultraviolet (EUV) lithography ramping early next year. In addition, it gave its first timeline for a 5-nm node and announced a half-dozen new packaging options.

The node delivers 35% more speed or uses 65% less power and sports a 3x gain in routed gate density compared to the 16FF+ generation two steps before it. By contrast, the N7+ node with EUV will only deliver 20% more density, 10% less power, and apparently no speed gains — and those advances require use of new standard cells. 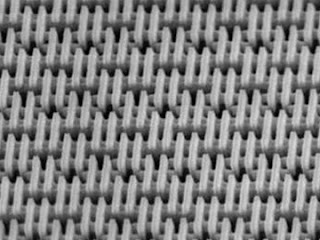 TSMC's 5 nm and a the later version of 7 nm FinFET will adopt EUV Lithography for more critical layers to reduce multi-pattern process complexity while achieving aggressive die area scaling.
As reported in April, Intel has pushed out their 10 nm node to some time in 2019 due to yield issues in multiple patterning (LINK). The Intel 10 nm is comparable in transistor density too the Foundry 7 nm nodes (see graph below), which mean that by this announcement TSMC has taken over the lead from Intel in scaling. 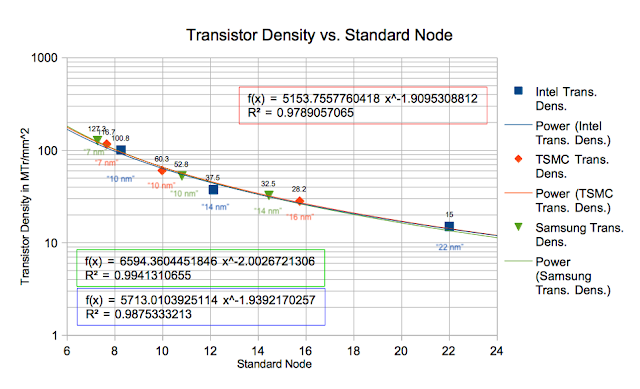 Posted by Jonas Sundqvist at 11:14 PM