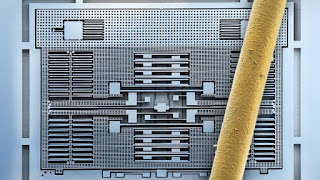 evertiq.com-21 hours ago
Bosch plans €1 billion investment in German chip production ... to make a record investment into a semiconductor plant in Dresden, Germany.

eeNews Europe-14 hours ago
The news was spread by a Dresden local newspaper. Bosch so far did not issue a press release, and the company's press office was closed for ...

Posted by Jonas Sundqvist at 10:51 PM