FRANKFURT (Reuters) - German drugs and lab supplies maker Merck KGaA offered $5.9 billion, including debt, for Versum Materials, in a cash deal that tops an offer from U.S. rival Entegris, as both seek to boost their electrochemicals operations. 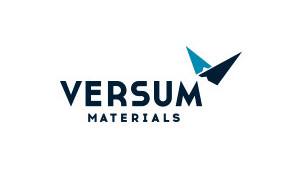 Posted by Jonas Sundqvist at 6:47 PM No comments:

SK Hynix's plans for the factories, producing DRAM and next-generation chips, come as chipmakers prepare for a surge in demand to power new technology such as 5G and artificial intelligence.

Posted by Jonas Sundqvist at 5:46 PM No comments:

Intel says embedded spin-transfer torque (STT)-MRAM on its 22 nm FFL process is ready for high-volume manufacturing. Embedded MRAM is considered a promising technology for applications such as internet of things (IoT) devices. In a paper presented at the International Solid-State Circuits Conference on Tuesday, Intel said that it has used a “write-verify-write” scheme and a two-stage current sensing technique to create 7-Mb perpendicular STT-MRAM arrays in its 22FFL FinFET process. The embedded MRAM technology achieves 10-year retention at 200 °C and endurance of more than 10^6 switching cycles. The arrays have demonstrated write endurance of more than 1E06 cycles and read disturb error rate of more than 1E12 cycles.

In a separate ISSCC paper presented Tuesday, Intel also described the development of resistive RAM (ReRAM) as a low-cost option for embedded non-volatile memory for SoCs used in IoT and automotive. The embedded ReRAM technology — also implemented in a 22-nm FinFET process — demonstrate what the company says is the smallest and highest-density ReRAM subarray and material innovations to allow low-voltage switching without impact to transistor reliability. 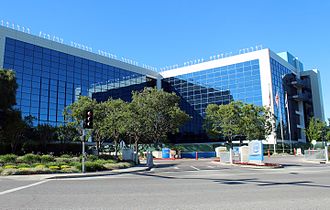 Posted by Jonas Sundqvist at 5:24 PM No comments:

TSMC is expected to secure the first 5nm chip orders from Apple for the 2020 iPhones. TSMC has obtained 7nm chip orders for 5G related applications including HPC and IoT from AMD, Nvidia, Xilinx, NXP, OmniVision and TI. 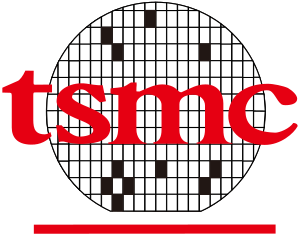 Posted by Jonas Sundqvist at 5:17 PM No comments:

"In Q4 we realized sales of €255 million and an order intake of €302 million. Sales were slightly above our guidance of €220-250 million. Our order intake was substantially above the €240-260 million that we indicated earlier, and again substantially higher than our former record level. The high order intake is driven by logic, foundry and then memory and was impacted by pull-ins of orders originally expected in the first half of 2019. As a consequence, and in line with our earlier 2018 guidance, we have seen a much stronger second half than first half. This reflects our strong position in the logic/foundry market, which, as compared to the memory market, showed a healthy development in the second half of 2018. Due to this we will start 2019 with a high order book. We delivered on our goal to outgrow the wafer fab equipment (WFE) market in 2018 by growing our sales year-over-year with 17% on a US$ basis."

For 2019, general expectations are that the wafer fab equipment (WFE) market will decline with a mid to high teens percentage. Based upon this current market view, we expect to outperform the WFE market in 2019.
Posted by Jonas Sundqvist at 2:24 PM No comments:

Here is a photo out of a Korean web page of the new massive ASM XP8 QCM. Q stands for quad meaning the central wafer vacuum handler can dock 4 chambers per slot or "just" two as earlier on the XP8 up to 16 chamber ALD/CVD tool [LINK]. 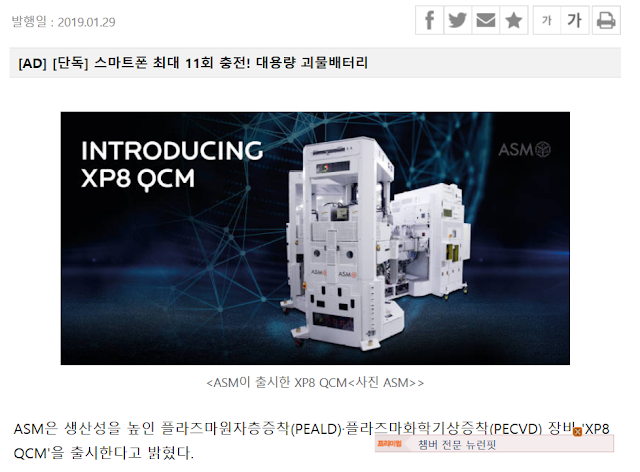 Posted by Jonas Sundqvist at 9:34 PM No comments:

Ladies and Gentlemen, behold the final Program for EFDS ALD for Industry, Berlin 19-20 March. 2 intensive days with a great show!

Posted by Jonas Sundqvist at 6:23 AM No comments:

China has the most fab projects in the world, with 30 new facilities or lines in construction or on the drawing board, according to data from SEMI’s World Fab Forecast Report. Of those, 13 fabs are targeted for the foundry market, according to SEMI. The remaining facilities are geared toward LEDs, memory and other technologies.As before, China’s foundry industry is split into two categories—multinational and domestic vendors.

Until recently, both groups used older technology. But Taiwan-based TSMC recently moved into 16nm finFET production in China, while SMIC this year hopes to become the first domestic foundry to enter the 14nm finFET race. SMIC’s move would put it on par with some of its foreign rivals. In addition, SMIC has obtained $10 billion in funding to develop 10nm and 7nm. There are a number of major foundry events in China. Here’s the latest:
In 2018, China produced 15.3% of the world’s chips, up from 12.6% in 2013, according to IC Insights.Citing a slowdown in memory and other factors, chip sales in China are expected to grow by only 3% in 2019, compared to 21% growth in 2018, according to IC Insights. In total, the worldwide chip market will grow by 2% this year, the firm noted.

As of the end of 2018, the installed foundry capacity of 1.3 million wpm in 200mm equivalents is reported in China. Worldwide is about 7 million wpm. This includes IDM foundry capacity.The figures include both 200mm and 300mm fabs. In total, there are six 200mm facilities in the works in China, according to Dieseldorff.Last year, SEMI reduced its projections for fab equipment spending in China for 2019, from $17 billion to roughly $12 billion. So, in 2019, fab equipment spending in China is expected to reach $11.96 billion, down 2% over 2018, according to SEMI.

SK Hynix will invest more this year in China compared to Samsung. This is because they have a new fab in Wuxi.
TSMC makes chips for the cryptocurrency systems firms in China and elsewhere. Now, the company is suffering from the bust in Bitcoin. In its fourth-quarter results, TSMC posted mixed results with a weak outlook due to a slowdown in smartphones and cryptocurrency. It’s unclear if this will impact TSMC’s fab plans in China. For years, the company has operated a 200mm fab in Shanghai. Last year, TSMC began ramping up 16nm finFETs in a new fab in Nanjing. The 300mm fab is producing 10,000 wpm with plans to move to 20,000 wpm by year’s end.TSMC’s Nanjing fab is in the first phase with three other phases in the works. Originally, the company planned to move 7nm into a proposed second fab in Nanjing at some point, according to sources. Now, TSMC is rethinking its plans, targeting 16nm or 12nm for the second phase, sources added.UMC has been producing chips in a 200mm fab in Suzhou for several years. UMC plans to expand this fab amid a worldwide shortage of 200mm capacity. Meanwhile, in 2017, UMC moved into production in a 300mm fab venture in Xiamen. The fab is ramping up 40nm and 28nm. Meanwhile, GlobalFoundries is building a 300mm fab in Chengdu. Previously, the goal was to develop 180nm/130nm processes in the fab. Last year, though, the company changed its plans, targeting the fab for its 22nm FD-SOI technology, dubbed FDX. It has not provided a timeline for the completion of the fab. In addition, contract manufacturing giant Foxconn is in talks to build a 300mm fab in Zhuhai, according to reports. The fab, a joint venture between Foxconn and Sharp, would be used for both captive and foundry purposes. Foxconn has yet to make an official announcement.China also has more than a half-dozen domestic foundry vendors. SMIC is the largest one. The Huahong Group is another foundry player in China. Other vendors include ASMC and CSMC.

2019 is a major test for SMIC, the most advanced domestic foundry in China. SMIC’s most advanced technology is 28nm, although it has been struggling with its yields in this arena.China is behind in process technology. So in 2015, SMIC, Huawei, Imec and Qualcomm formed a joint R&D chip technology venture in China with plans to develop 14nm finFETs by 2020.SMIC is getting $10 billion to build capacity for 14nm, 10nm and 7nm. They will have capacity for 70,000 wafers a month by Q4 in 2021.Besides SMIC, meanwhile, the Huahong Group is also a player in China. HHGrace and Hua Hong Semiconductor, two foundry vendors within this group, provide 200mm foundry services. Hua Hong also is building a new 300mm fab for mature processes in Wuxi.

Shanghai Huali, another member of the Huahong Group, has a new 300mm fab in the works with plans to ramp up 28nm. At some point, the company is targeting 14nm.

One of the newer foundry players is CanSemi Technology, which is building a 300mm fab in Guangzhou. 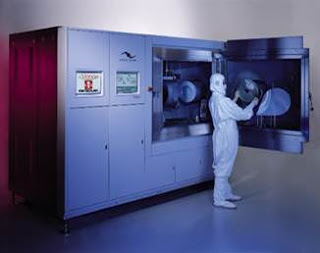 Plainview, N.Y., Feb. 5, 2019 – Veeco Instruments Inc. (Nasdaq: VECO) announced today that it has shipped its SPECTOR® Ion Beam Sputtering (IBS) system and the Sirius™ Optical Monitor System (OMS) to Fraunhofer Institute for Telecommunications. Fraunhofer, based in Berlin, will use Veeco’s IBS technology to develop and produce laser facet coatings and other micro-optical devices.

“The development of sophisticated micro-optical devices requires exceptional sputtering technology,” said Ms. Greta Ropers, head of backend and packaging group for Fraunhofer. “Veeco’s SPECTOR system, coupled with the Sirius OMS, ensures we are developing and producing world-class devices with the highest throughput and process repeatability on an automated, proven platform.”

Funding for this project was granted by Forschungsfabrik Mikroelektronik, a cross-location research factory for microelectronics and nanoelectronics compromised of eleven institutes within the Fraunhofer Group along with the IHP GmbH - Innovations for High Performance Microelectronics and the Ferdinand-Braun-Institut, Leibniz-Institut für Höchstfrequenztechnik. For more information, please visit https://www.forschungsfabrik-mikroelektronik.de/en.html. The system was sold in cooperation with Veeco’s European channel partner, veonis Technologies GmbH.

Posted by Jonas Sundqvist at 11:40 AM No comments: