Intel announce first SAQP and Much Moore at 10 nm during their most recent Investor Show (March 28, 2017). SAQP is already process of record in DRAM at Sasmung since 2016 10 nm class DRAM was introduced (LINK) 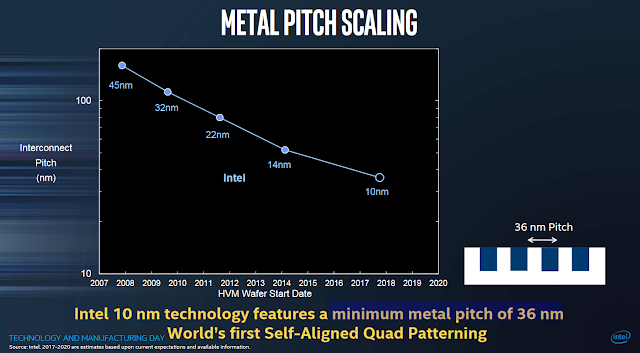 
All recent briefings: LINK
Posted by Jonas Sundqvist at 12:13 PM No comments: 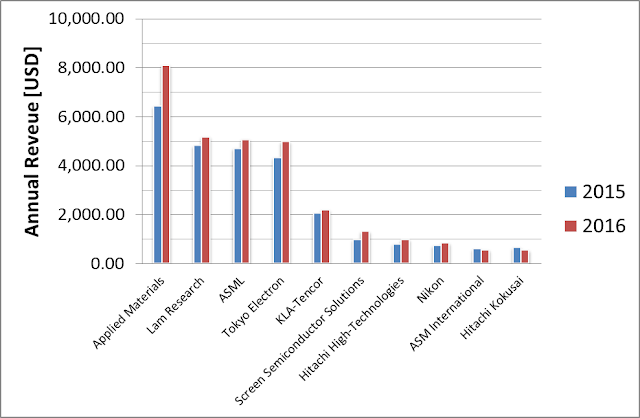 Posted by Jonas Sundqvist at 3:14 PM No comments:

The involvement of numerous local and players in the global atomic layer deposition equipment market is likely to make the competition intense in the coming years, says Transparency Market Research (TMR) in a research report. Competition among the leading players in expected to further intensify as they strive to retain a strong hold in the market. Competitive rivalry in terms of technology and product is expected to grow with new upgrades and innovative products being introduced in the market. The primary factor fuelling the degree of competition in the market is the incessant research and development activities for introducing new and innovative technologies. Moreover, factors such as cost effectiveness along with technological advancement of any single player is expected to it towards a competitive edge over other companies. Thus, the degree of competition in this period is likely to stay high over the forecast period. The key players in the global atomic layer deposition equipment market are Aixtron SE, ASM International N.V., Tokyo Electron Ltd., and Ultratech Inc.

LINK to report: http://www.transparencymarketresearch.com/atomic-layer-deposition-market.html
Posted by Jonas Sundqvist at 11:27 PM No comments:

ALD is listed as one of the thin film technologies to mass produce Biopolymer thin films in a recent report "Biopolymer Films Market to exceed $6bn by 2024" by Global Market Insights Inc. 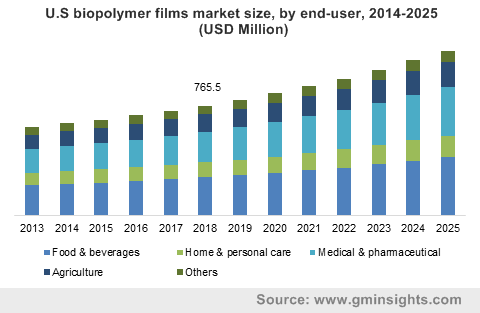 According to the press release Global biopolymer films market size is majorly driven by robust growth in the food & beverage industry. For instance, the global food & beverage industry is likely to observe growth close to 8% CAGR over the estimated timeframe. The industry is also positively influence by drifting consumer focus for food packaging films derived from bio-based sources such as polysaccharides (starch, cellulose) and proteins (soy, whey & gelatin). Furthermore, introduction of edible biopolymer films for the food industry will complement the overall industry share over the estimated timeframe.

“Bio-based Biopolymer Films Market is forecast to witness prominent gains of over 6% CAGR between 2016 and 2024. Abundant availability of raw materials such as cellulose, starch, pectin, chitosan, and protein will boost the global market share over the estimated timeframe.”

The product offers valued added advantages such as ecofriendly characteristics, biocompatibility and easy raw material availability. However, relatively high product cost in comparison with prevailing counterparts such as semi-synthetic and synthetic films may hamper the overall industry growth in the near future. For example, biopolymer films market price trend ranges from USD 3/kg to USD 3.5/kg. Whereas, semi-synthetic and synthetic films range from USD 1.2/kg to 2/kg.

The report includes key industry insights spread across 160 pages with 165 market data tables & 11 figures & charts from this 2017 report Biopolymer Films Market in detail along with the table of contents at: https://www.gminsights.com/industry-analysis/biopolymer-films-market

Email ThisBlogThis!Share to TwitterShare to FacebookShare to Pinterest
Labels: ALD

Email ThisBlogThis!Share to TwitterShare to FacebookShare to Pinterest
Labels: Entegris

REGISTER NOW FOR CRITICAL MATERIALS COUNCIL (CMC) CONFERENCE 2017
The Critical Materials Council (CMC) Conference is a 2 day event, May 11-12 in Dallas, TX, providing actionable information on materials and supply-chains for current and future semiconductor manufacturing. Notable speakers from leading IDMs such as Intel and Micron, materials companies, and market research firms will provide insights on the ever changing area of semiconductor process materials and markets.

Keynote speaker Dr. Hans Stork, SVP & CTO of ON Semiconductor, will start the event with sessions covering:
For more information and registration go to http://cmcfabs.org/cmc-events/.

Posted by Jonas Sundqvist at 3:02 PM No comments:

A Webbinat by IndustryARC Nearly the last 5 decades have witnessed Atomic Layer Deposition successfully applied in the growth of thin films of many classes of materials, including metal oxides, metals, polymers, and inorganic-organic hybrid materials. ALD has paved its way across a large section of industries be it medical or biological or semiconductor or for laboratory purposes. While the development of biosensors, drug delivery devices and implants lead the lifesciences domain; manufacturing of electronic circuit components is one of the top most uses of ALD in the electronics segment. 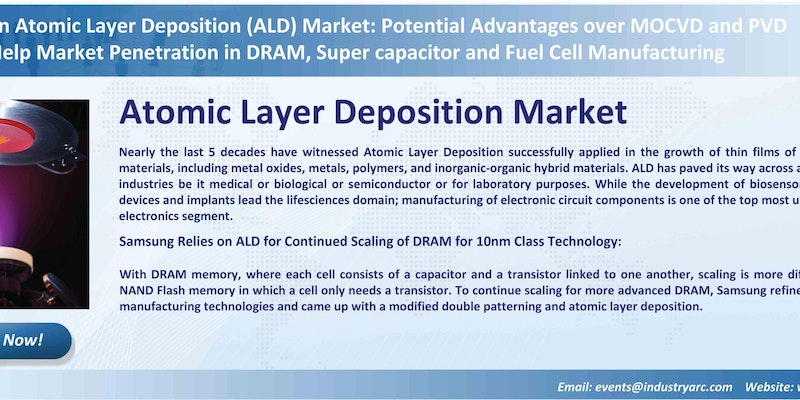 Samsung Relies on ALD for Continued Scaling of DRAM for 10nm Class Technology:

With DRAM memory, where each cell consists of a capacitor and a transistor linked to one another, scaling is more difficult than with NAND Flash memory in which a cell only needs a transistor. To continue scaling for more advanced DRAM, Samsung refined its design and manufacturing technologies and came up with a modified double patterning and atomic layer deposition.

The Fuel Cell and ALD Overhaul:

ALD has clearly gained prominence in manufacture of fuel cell. IndustryARC predicts high potential in this field in the coming years. Solid Oxide Fuel Cells are noted a quality contribution to the global ALD market:

Supercapacitors Manufacturing: ALD to the Rescue?

With the invent of ALD, energy conversion, producing cost competitive, durable and high performance devices have become increasingly significant and one such application is manufacture of a supercapacitor! Manufacturers, developers and suppliers of supercapacitors have lately gained utmost ascendancy. ALD encapsulated activated carbon electrodes for high voltage stable supercapacitors- continue to trend in the market.
Posted by Jonas Sundqvist at 1:06 PM No comments: 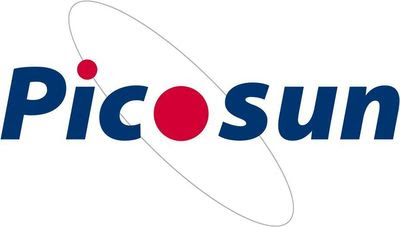 To further strengthen this service portfolio, Picosun has now signed an agreement with Retronix Semiconductor. This ensures even faster response times with highest level support for a fast growing and increasingly demanding customer base. Picosun will also continue offering support locally through current representatives and its own personnel. 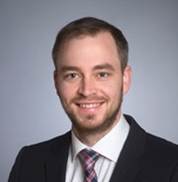 "Customer happiness is essential for us at Picosun. This calls not just for the best in class ALD tools with superb process quality, but unfaltering supply, support and service chain. This is particularly emphasized on production lines where the smallest issues can easily lead to massive financial losses. We are very pleased to start collaboration with Retronix as our world-wide service partner. Their workforce of highly trained and specialized service professionals complements our service section and guarantees even better customer experience", states Dr. Erik Østreng, Applications and Services Director of Picosun.

Read more »
Posted by Jonas Sundqvist at 10:05 PM No comments:

Commenting on the results, Chuck del Prado, President and Chief Executive Officer of ASM International said: "The strong overall market climate for semiconductor equipment towards the end of 2016 led to better sales and a higher order intake for Q4 than forecasted. The net cash position of ASMI remained strong. In addition to a stable proposed dividend of €0.70 per share, we announce today an increase in our current share buyback program from € 50 million to €100 million."

Posted by Jonas Sundqvist at 12:52 PM No comments: 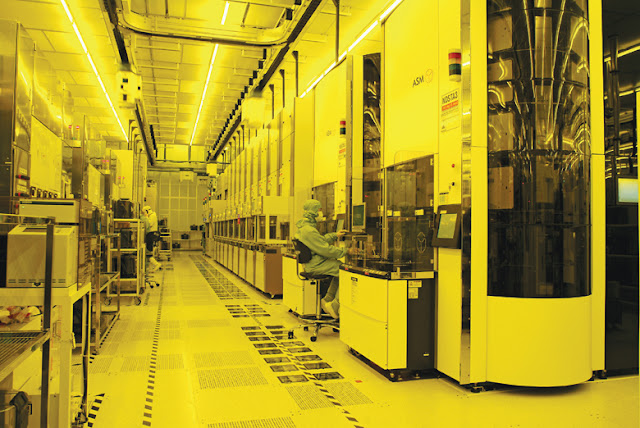