TechObserver reports : Maker of OLED microdisplays eMagin is getting attention from tech giants such as Apple and LG as they bet big on VR and AR for future growth. According to documents filed with the US Securities and Exchange Commission Apple, LG and Valve have made $10 million investment in eMagin.

eMagin is New York-based company that makes microdisplays used in the military, medical and industrial fields, but it has recently turned its attention to companies building consumer headsets. "We entered into strategic agreements with multiple Tier One consumer product companies for the design and development of microdisplays for consumer head mounted devices and, together with these companies, negotiated with mass production manufacturers for higher volume production capabilities," eMagin said in its filing.

The company's flagship product is a 2K display with a resolution of 2,048x2,048 pixels and a 70 percent fill factor, the percentage of each pixel that can be used to gather light. (Picture from OLED-Info LINK)

Veeco Instruments Inc., Advanced Micro-Fabrication Equipment Inc. (AMEC), and SGL Carbon SE (SGL), today announced that they have mutually agreed to settle the pending litigation among the parties and to amicably resolve all pending disputes, including AMEC's lawsuit against Veeco before the Fujian High Court in China and Veeco's lawsuit against SGL before the U.S. District Court for the Eastern District of New York.

GlobalFoundries is pushing ahead with a plan to pilot EUV and 7nm production. We recently got a chance to sit down with the company and talk about its plans for the future.

SK Hynix Inc. (or 'the Company', www.skhynix.com) today announced that the Company recently completed developing an enterprise SATA Solid State Drive (or 'eSSD'). With its 72-Layer 512Gb (Gigabits) 3D NAND Flash chips, the Company is paving the way for its full-fledged entrance to the high value-added eSSD market. 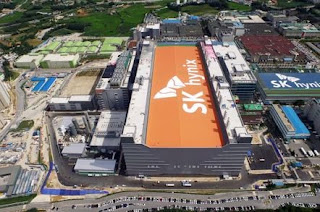 SMIC announced recently China's National Semiconductor Industry Investment Fund (known as the Big Fund) and Shanghai Integrated Circuit Investment Fund (SICIF) have made capital investments in subsidiary Semiconductor Manufacturing South China (SMSC), which will become a joint venture between the parties. The stake in SMSC held collectively by SMIC Shanghai and SMIC Holdings has therefore reduced to 50.1% from 100%, SMIC added.

Full article: LINK
This should mean a lot of ALD equipment invest for self aligned multiple pattering (SAMP) and high-k / metal gate stack, which if all goes like elsewhere should be open for a large amount of ASM International single wafer tools. In addition, Applied Materials Olympia may be in for a match in SAMP processing according to my understanding of the FEOL Logic market. 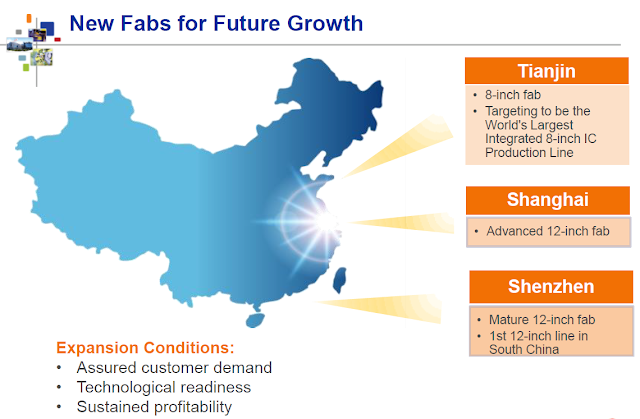