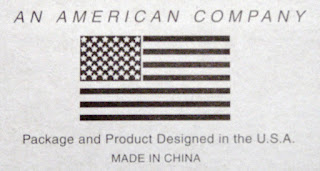 IEEE Spectrum reports, French, Hutcheson, and Hershenson, along with Ann Kim and Pete Rodriguez, were discussing the U.S.-China trade war that escalated last month when the United States placed communications behemoth Huawei on a trade blacklist.


Hutcheson pointed further back in history. “Europeans today are competitive even though we stole all their tech in the 19th century,” he said. “We all love German cars, we buy European products.”

All five are semiconductor industry veterans and investors: French is currently chairman of Silicon Power Technology; Hutcheson is CEO of VLSI Research; Hershenson is managing partner of Pear Ventures, Kim is managing director of Silicon Valley Bank’s Frontier Technology Group, and Rodriguez is CEO of startup incubator Silicon Catalyst. The five took the stage at Silicon Catalyst’s second industry forum, held in Santa Clara, Calif., last week to discuss several aspects of the trade war:
“There is going to be a lot of pain for the semiconductor industry before it normalizes,” says Dan Hutcheson.

“It’s a mess, and it’s going to get a lot worse before it gets better,” says David French.

“If we aren’t going to sell them chips, it is not going to take them long [to catch up to us]; it is going to hurt us,” says Mar Hershenson.
Full story: U.S.-China Trade War Portends Painful Times for U.S. Semiconductor Industry, IEEE Spectrum LINK
Posted by Jonas Sundqvist at 11:38 PM