The country-wise average for the total installed costs of utility scale solar PV in 2018 ranged from a low of $793 per Kilowatt (Kw) – around Rs 5.5 crore per Megawatt -- in India to a high of $2,427 per Kw in Canada. Further, IRENA conducted an analysis of the decline in the cost of setting up solar PV projects between 2010 and 2018 across eight major markets including China, France, Germany, India, Italy, Japan, UK and the US. The costs were found to have dropped at the fastest pace – 80 per cent – in India. 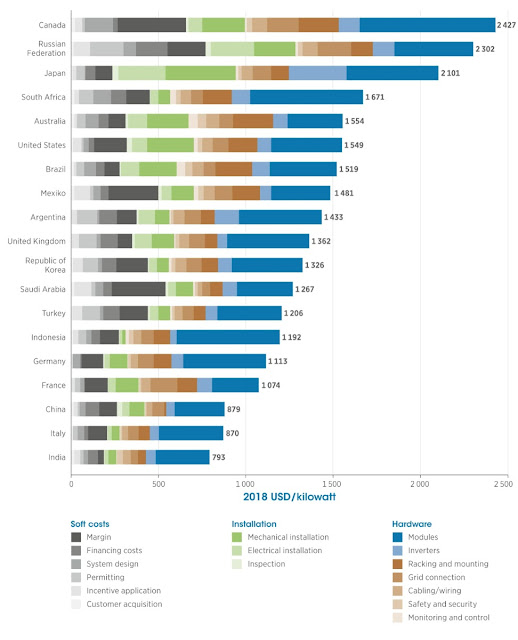 Total installed costs in 2018 by component and country

Posted by Jonas Sundqvist at 11:23 PM